5 Best Laser Treatments for Acne Scars, According to Dermatologists 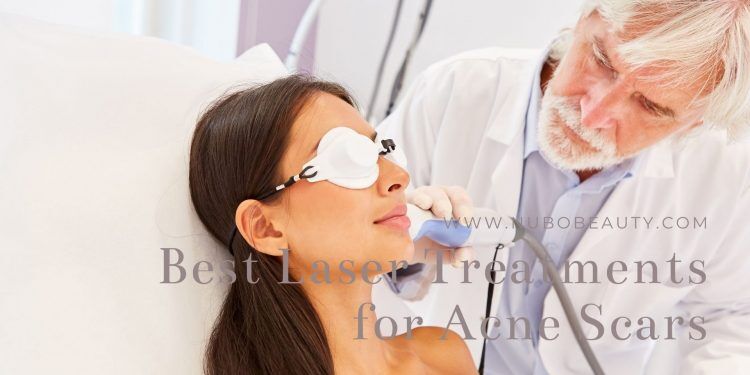 Does not imply the person featured in the photograph had any of the treatments mentioned in this article.

Treating acne is only the beginning of your journey with this skin concern. Once you’ve successfully cleared a breakout, you then have to contend with the scarring – a haunting reminder of that one really big zit that you absentmindedly picked during a 9 a.m. meeting. And, while there are some quality acne scar treatments out there, nothing tackles old or severe acne scars quite like laser skin resurfacing.

First, a primer: There are three common types of acne scars. Ice pick scars look like fine points in the skin. Then, there are rolling scars (which have a wavy texture) and boxcar scars (which look like depressed squares or circles) that are wider and a little deeper. “General resurfacing with a fractionated laser [may be] good for all [types],” says Jennifer David, DO, a board-eligible dermatologist with the Schweiger Dermatology Group℠ in Bala Cynwyd, Pennsylvania.

If you’re currently battling breakouts, it may be tempting to seek laser treatment for acne scars ASAP. But there’s little point in chasing them as they happen. “You definitely want to address the underlying issue and treat the acne first,” says Dr. David. “Patients would have to get that under control first, and then focus on the scars as a secondary endpoint.”

While microneedling and chemical peel treatments are popular options for minimizing acne scars, they’re more effective for newer and more superficial ones. As for how to get rid of old acne scars – or those that are particularly deep or wide – laser skin resurfacing may be your best bet, says Dr. David. But not all lasers are created equal. Certain types work better based on the kind of acne scarring, skin type, and skin tone. Keep reading for the breakdown of some of the available options.

If non-ablative lasers had a motto, it would probably be something like “low and slow.” Why? “Fractional non-ablative resurfacing lasers are my go-to’s, because they are low-downtime and [can be] effective,” says Lina Naga, MD, FAAD, a board-certified dermatologist in Arlington, Virginia. These lasers bypass the skin’s surface and create controlled injuries deeper in the dermis, which spurs collagen production that can in turn even out skin texture. “It’s just important to manage expectations, specifically with the non-ablative fractional resurfacing lasers,” says Dr. David. “They’re effective, but you’re going to need several sessions.”

A popular one among these is the Laser Genesis. “The specific settings make it ideal for treating scars and stimulating collagen,” Dr. David explains. The traditional settings of an ND: Yag laser skew stronger, so they can treat unwanted spider veins or remove hair, which require more power.

Laser Genesis, on the other hand, offers a special, gentler setting that “is great for facial rejuvenation, clearing acne, and treating acne scars,” says Dr. David. “It is a very quick and painless procedure that requires little to no downtime.” The light energy that gets aimed beneath the skin will improve the look of acne scars over the next few months. The catch: Typically, you’ll need multiple sessions to see the most improvement in acne scars.

While Dr. Naga uses the Halo, Fraxel®, and PicoSure® resurfacing lasers in her practice, her favorite is the former. “It is a hybrid fractional ablative and non-ablative laser that provides slightly superior results with comparable downtime,” she explains. You’re looking at a weekend of pink, swollen skin, followed by a few days of roughness. Again, multiple sessions are needed. “A series of these treatments usually leads to great textural improvement,” adds Dr. Naga.

Although Pico lasers gained popularity for removing tattoos or other forms of pigment, “newer handpieces that we use for a laser resurfacing option have emerged and are safe for most skin types,” says Dr. Naga. It’s on the lighter end of the resurfacing options that she turns to for treating acne scars, but she says it’s effective, tolerated well by patients, and has minimal downtime.

More powerful ablative lasers can offer a lot of bang for your buck in terms of acne scar treatment, as they destroy (or ablate) the surface layer of skin. “The deeper and more extensive the scars, the heavier the treatment necessary for improvement,” Dr. Naga explains.

While these lasers do come with a longer downtime, another concern is that they are best used only on those who have fair to medium skin tones (think a max of three on the Fitzpatrick scale). “If you’re a darker skin type, you’re at risk for developing what we call post-inflammatory hyperpigmentation,” says Dr. David. “The laser’s breakdown of tissue [can be] a little too aggressive, which [may] over-stimulate the melanocytes, and that can cause darkening of the skin in response to that injury.” A board-certified provider is essential in making sure the laser type and settings are safe for your skin tone. (Learn more about lasers for deeper skin tones here.)

Erbium lasers, also known as Er: YAG, are a touch gentler than CO₂ lasers. While Dr. Naga touts both for acne scarring, they differ in some ways. “Fractional Er: YAG can result in a slightly decreased downtime and post-procedure recovery than fractional CO₂, so [it] may be better suited for those who would like a shorter recovery,” she explains. “Some feel that CO₂ provides a stronger treatment and is perhaps more efficacious, because it has a higher thermal component, however, the Er: YAG can be set to provide almost identical settings.” 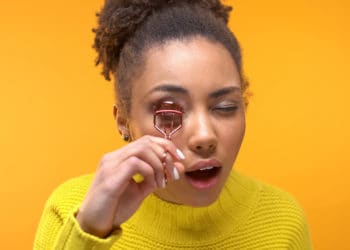 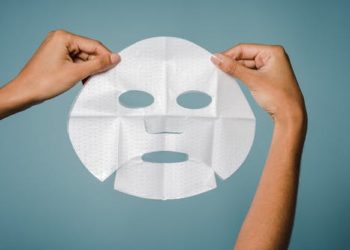 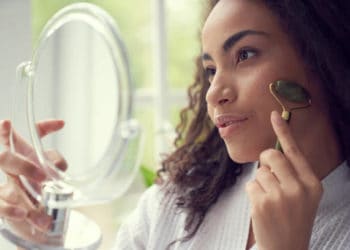 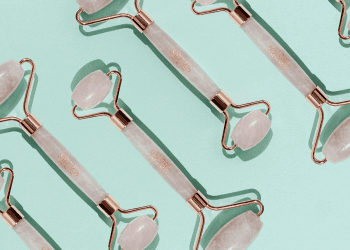 The Best Ultrasonic Cavitation Machines for Home Use Reviews of 2021 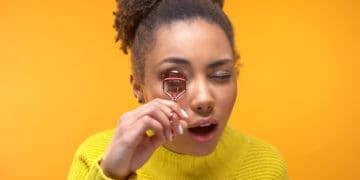